The pilars on the churchyard fence (above) are by Ilmari Virkkala around 1950.

Carl Lojander (1824-1873) has a valuable marble grave memorial in the old cemetary.

The graves and memorial of casualities of the Finnish Civil War (1918) are also to be found at the old cemetary. The memorial is from 1920. 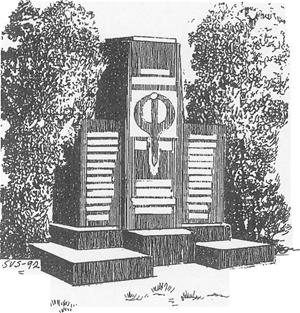 The monument to the earlier churches was designed by the sculptor Kauko Räsänen. The monument was completed in 1952, on the 200th anniversary of the belfry. It is erected at the steps of the sacristy of the third church.

The Heroes gate, the memorials to casualities of the Winter war and Continuation war and the pilars of the churchyard  fence were designed by the artist Ilmari Virkkala in the 1950s. 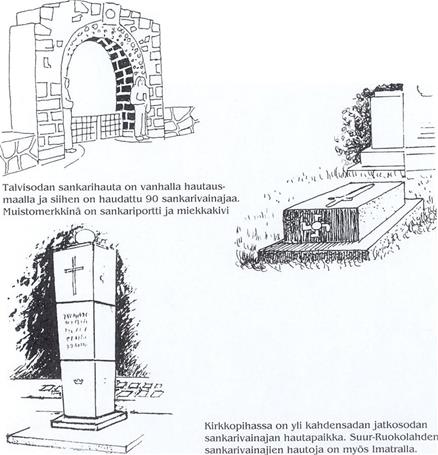 For the 100th anniversary of the birth of the famous painter & sculptor Albert Edelfelt (1854-1905), the Ruokolahti Society commisioned a memorial monument for him. It was built at the south-east side of the church facing the lake, at the exact place where Edelfelt sketched his famous painting "Women of Ruokolahti on the Church Hill" (1887), below right. The monument was designed by artists Gerda Qvist and Erkki Pitkäpaasi. The stones are from the Salpalinja barrier ("Finlad's Latch" , the 1300 km long war time tank barrier). 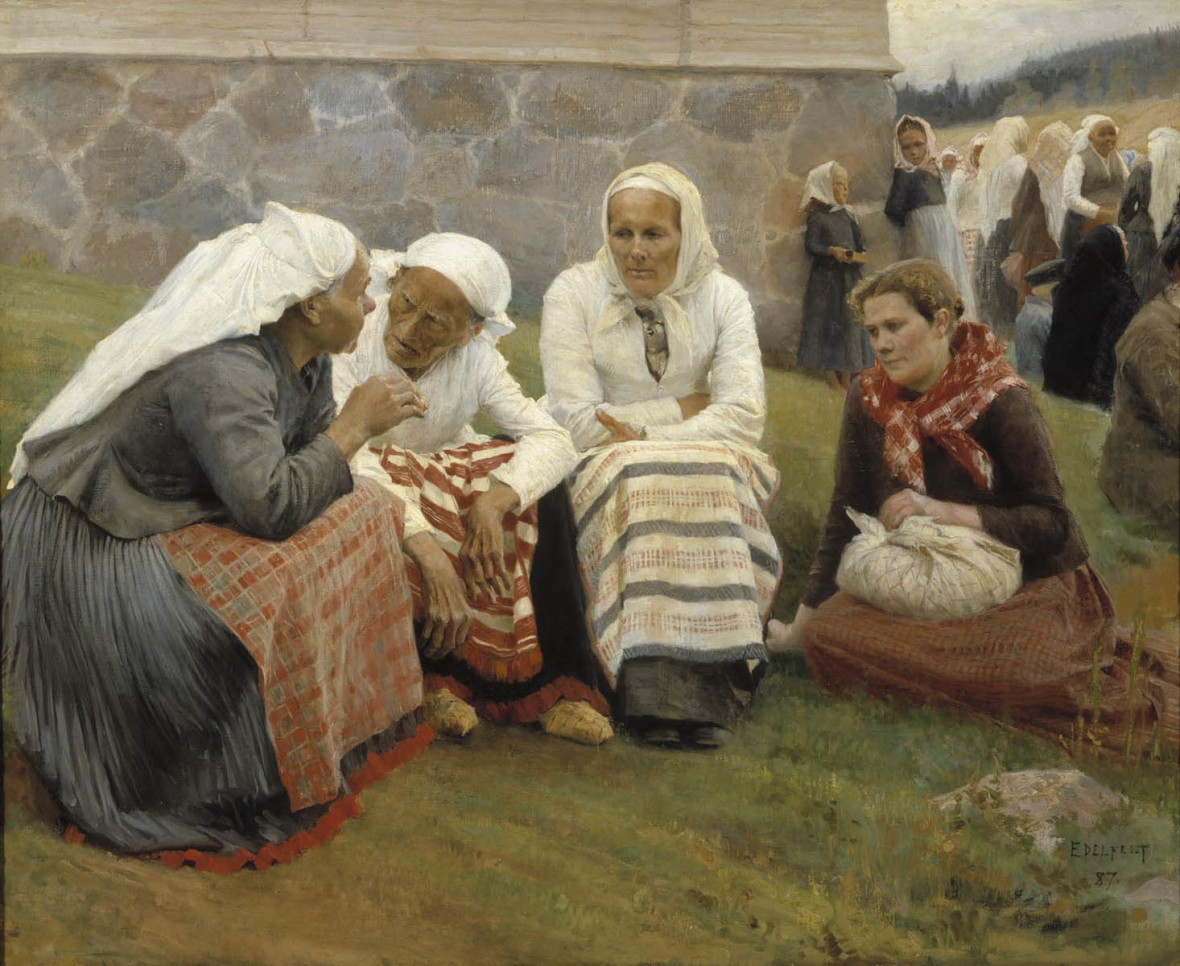 For the 100th anniversary of the painting mentioned above, Ruokolahti Society commisioned a memorial for the model in the middle, Mrs Elli Jäppinen. It stands near her grave at the middle cemetary.

The memorial for all veterans of war stands near the parking area between the church and the old cemetary and was built in 2005, on Veterans' Day. The 2,3 m high memorial boulder itself is from the Salpalinja barrier ("Finlad's Latch" , the 1300 km long war time tank barrier). 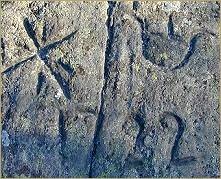 Throughout the centuries, the border between Sweden and Russia passed here at Ruokolahti Hawk Hill at least four times. The first official border between Old Sweden and Novgorod was defined in the Pähkinäsaari treaty  in 1323. The peace treaties of Täyssinä (1595) and Uusikaupunki (1721) followed the same line. The year markings on Torsanvuori and Haukkavuori, as well as the signs indicating the direction of the border and the Country Emblems are from 1722.

Finland got its' independance two centuries later, in 1917.

All drawings by Sulo V. Siitonen